Conflict In Heaven and In the First Family

God is love. “His nature, His law, is love.” It ever has been; it ever will be. “The high and lofty One that inhabiteth eternity,” whose “ways are everlasting,” changeth not. With Him “is no variableness, neither shadow of turning.” Isaiah 57:15; Habakkuk 3:6; James 1:17. CTr 7.2

Every manifestation of creative power is an expression of infinite love. The sovereignty of God involves fullness of blessing to all created beings…. The history of the great conflict between good and evil, from the time it first began in heaven to the final overthrow of rebellion and the total eradication of sin, is also a demonstration of God’s unchanging love. CTr 7.3

The Sovereign of the universe was not alone in His work of beneficence. He had an associate—a coworker who could appreciate His purposes, and could share His joy in giving happiness to created beings. “In the beginning was the Word, and the Word was with God, and the Word was God.” … Christ, the Word, the only begotten of God, was one with the eternal Father—one in nature, in character, in purpose—the only being that could enter into all the counsels and purposes of God…. CTr 7.4

The Father wrought by His Son in the creation of all heavenly beings. “By him were all things created … whether they be thrones, or dominions, or principalities, or powers: all things were created by him, and for him.” … The Son, the anointed of God, the “express image of his person,” “the brightness of his glory,” “upholding all things by the word of his power,” holds supremacy over them all…. CTr 7.5

The law of love being the foundation of the government of God, the happiness of all intelligent beings depends upon their perfect accord with its great principles of righteousness. God desires from all His creatures the service of love—service that springs from an appreciation of His character. He takes no pleasure in a forced obedience, and to all He grants freedom of will, that they may render Him voluntary service.. CTr 7.6 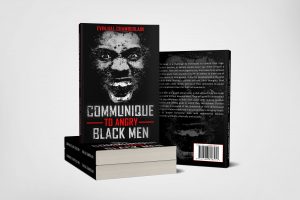